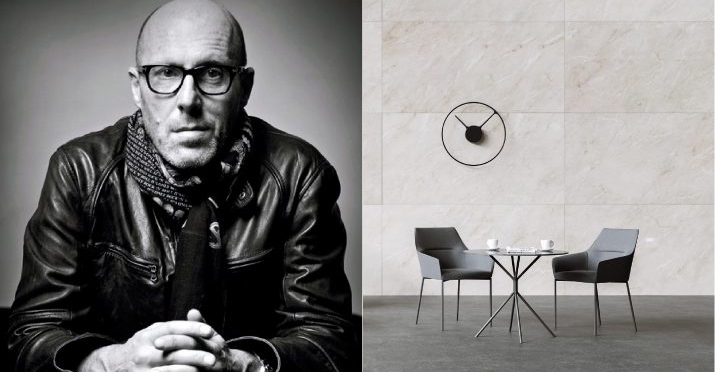 “It doesn’t matter whether it’s a chair or a hotel,” explains renowned French designer Christophe Pillet , “I think about why I am making it, what can I bring?”

We’ve been fans of Pillet’s work for a while now, so we’re delighted to bring you three new furniture collections he’s just released in collaboration with Profim: the Chic line of soft, light chairs and armchairs; the Chic Air line of even lighter chairs and benches; and, complementing both, the Chic Table line of thin, minimalist tables. 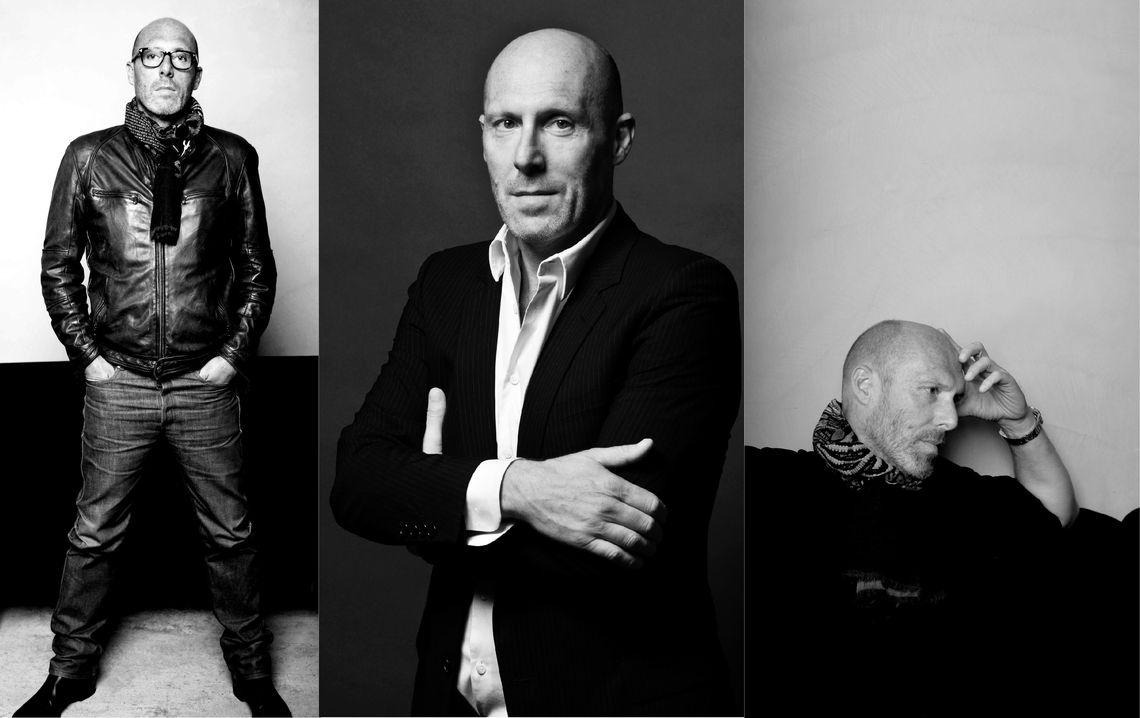 After graduating with a degree in decorative arts from Nice in 1985, Pillet decided to become a designer. From 1988 to 1993, he worked with the most famous product designer in France, if not the world: Philippe Starck . Then, in 1993, he opened his own Paris-based studio to design objects for the future.

Whatever he’s working on, he’s always looking forwards: “We are experimenting and innovating and using new languages,” he says. “It’s the result of a younger generation that isn’t looking to history books; they want to explore virgin territories.” Pillet’s subtle and elegant approach to design can be seen in everything he does: from the surfboards he’s designed for Lacoste, where he is Design Director, to the hotels he’s designed in St Tropez and Fez, to his Chic furniture lines.

“What does design mean for me?” he asks. “I always believe that design is just turning an object into a product. What I have in mind is the sense of a better way to live. Yes, I think that is really what design means for me. Design is not anything else but creating environments for living better.”

The name “Chic” befits Pillet’s French heritage, and also the fact that he’s as comfortable working with luxurious French fashion houses (designing shops, perfume bottles and much else besides) as forward-thinking furniture manufacturers; few other designers have such an innate understanding of the meaning of the word.

His Chic chairs and tables have subtle curves and slim profiles that give the appearance of airy lightness while remaining solid, practical and comfortable. Beautiful but understated, they’re highly versatile and can be used to enhance a wide variety of spaces. Of course, they’re also incredibly stylish.

“In my opinion, it’s not important to have a style,” says Pillet, explaining his design philosophy, “it’s more important to do things ‘with’ style. Being too coherent in your work can get a little dry. When I design, say, a wooden chair for an Italian company, and then design running shoes for a fashion label, the context is completely different, so the questions those projects pose are also different. Of course, I do have things l like. I like simplicity, for instance. I like elegance. I like modernity. But those things aren’t style, they’re more a point of view.” 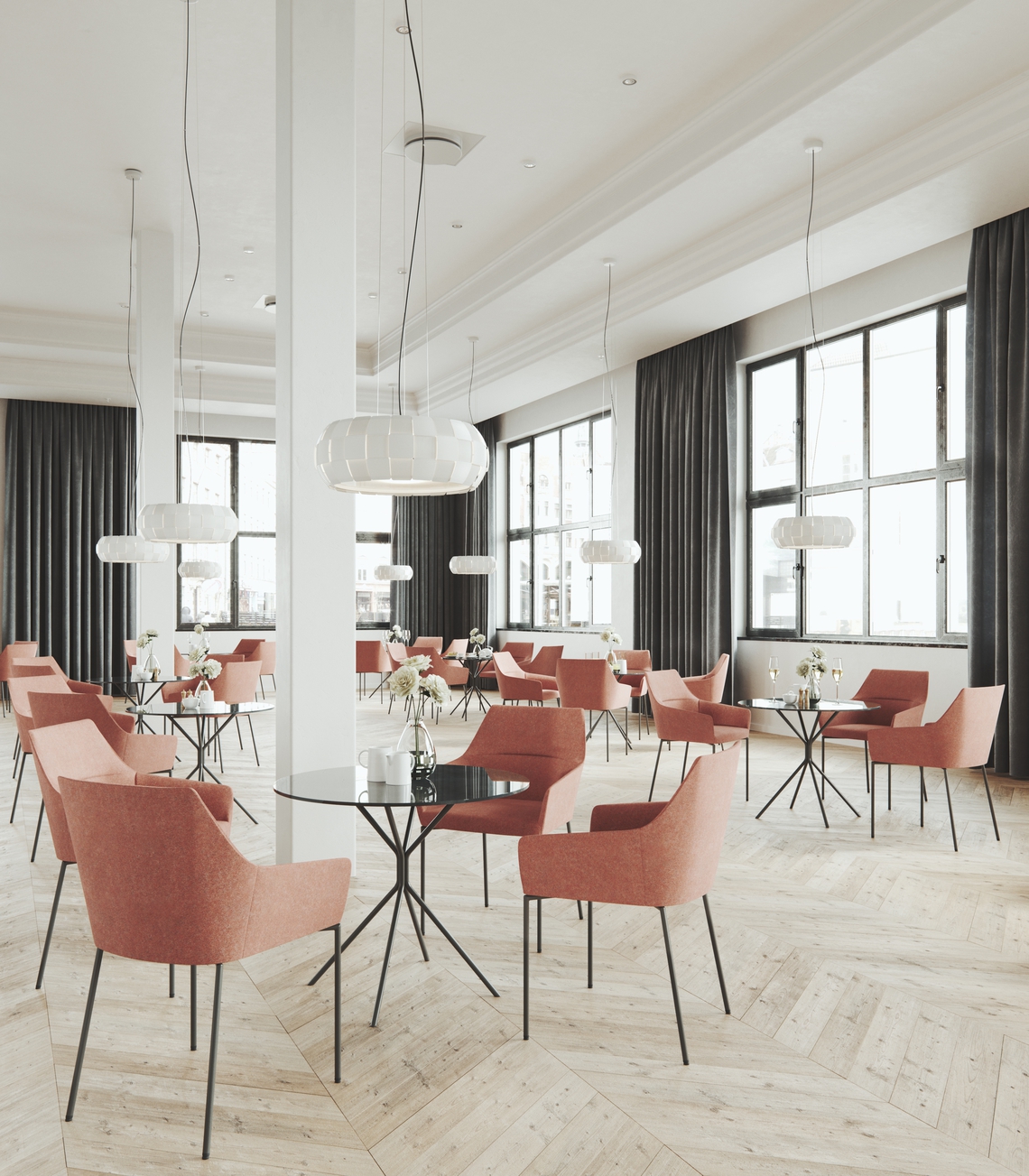 Christophe Pillet’s approach has brought him many successes over his career, and the latest is the prestigious Red Dot Award 2017 that he’s just won for Chic Air . Explaining their decision, the Red Dot jury of designers, professors and critics praised Chic Air for its “elegant combination of classic and modern design idioms that makes it blend with style into many interiors.” In other words, these chairs work just as well in conference and meeting spaces as they do in more relaxed, informal areas. They’re perfect for any part of the office that you’d like to transform with a dash of French style. Click here to view the new Chic range! 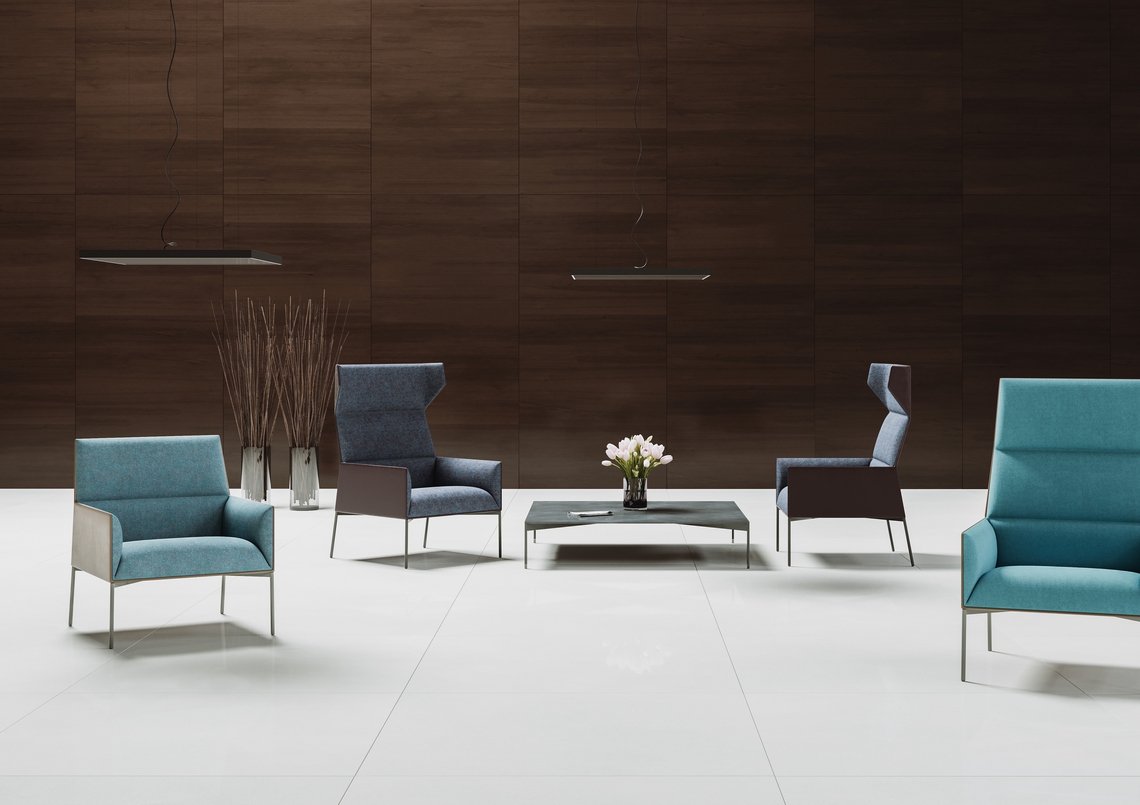