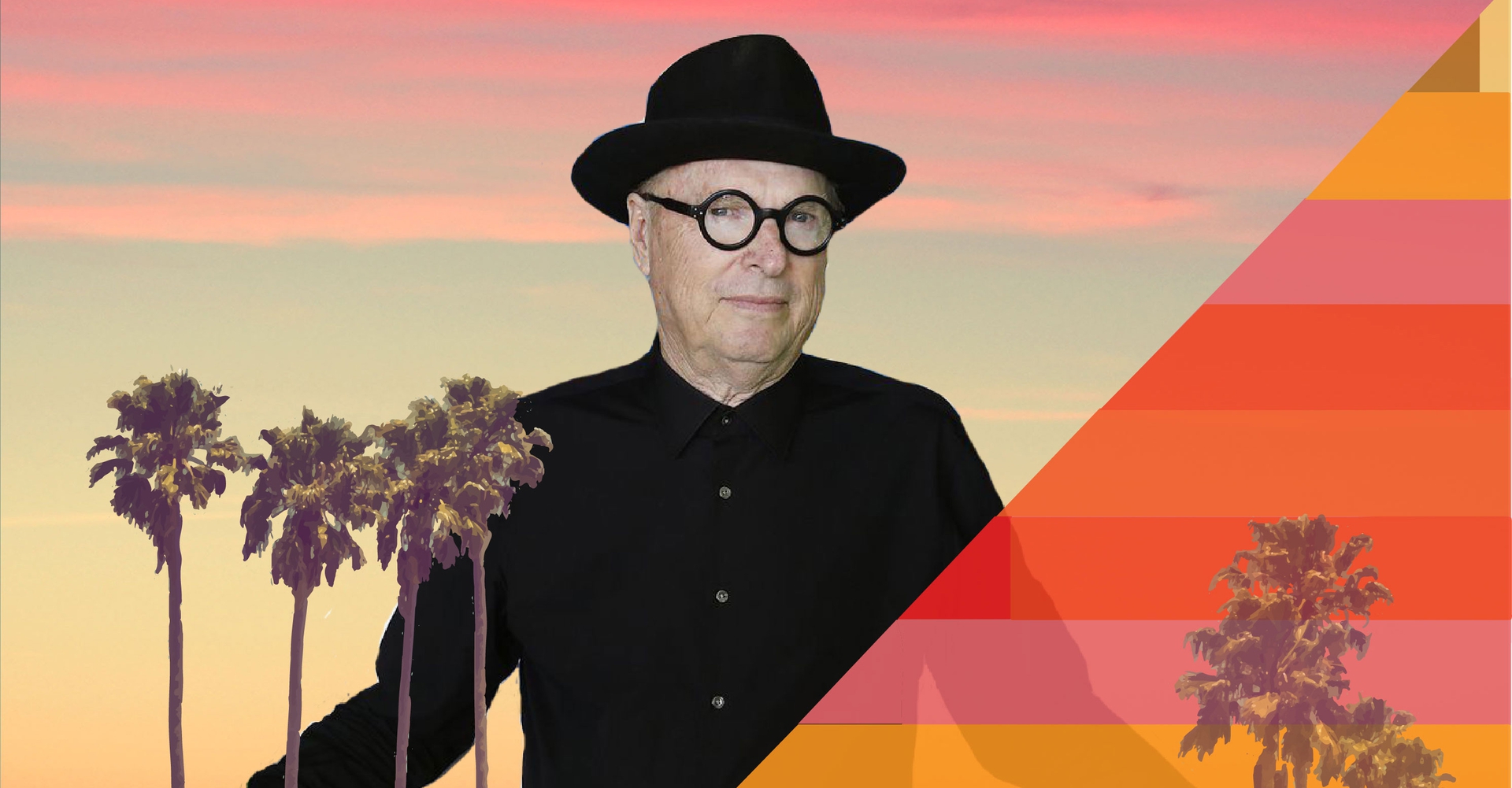 Graphic designer and artist John Van Hamersveld played such an important role in bringing surfing culture into the mainstream that he was recently inducted into the Surfing Walk of Fame on Huntington Beach. But that’s not the only important role he’s played. His bold, colourful style has also become synonymous with psychedelic rock’n’roll and the Swinging Sixties, and remains highly influential right up to the present day.

Van Hamersveld was born in 1941 in Baltimore, Maryland, on the East Coast – a city renowned for its old harbour and its waterfront restaurants serving clam chowder and oysters – but it was over on the West Coast that he would really make a name for himself. Inspired by his mother, who was also an artist, he moved to Los Angeles and enrolled at the Art Center College of Design when he was 19, and it was while he was studying there that he produced his first masterpiece: his movie poster for “Endless Summer” (1964). 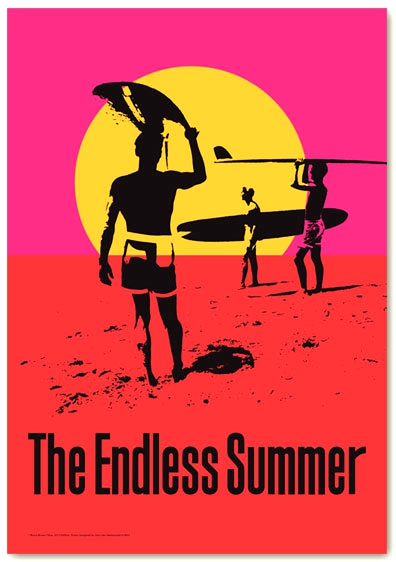 Movie poster for the Endless Summer, 1964

If there’s one image that sums up the spirit of “California Cool” for us, it’s the “Endless Summer” poster. It’s a piece that has been massively influential for Spacestor, because of its simplicity and its unforgettable colour scheme. For us, it really expresses Van Hamersveld’s youthful daring and complete freedom in mixing any amount of bright, vivid colour. Of his studies at the time, he remembers, “Modernism was being taught, the contemporary world. The poster engages that modernism in the colour blocks and the geometric shapes, and adding Day-Glo colour made it into pop art.” “Endless Summer” was a movie about surfing.

So, on Salt Creek Beach, Van Hamersveld placed director Bruce Brown in the foreground with a surfboard on his head, the film’s two stars in the background, and photographed them together against the setting sun. Afterwards, in the darkroom, he reduced the whole composition down to a single black tone and laid it over hot, searing blocks of pink, orange and yellow. With this he created the cut-out graphic style that has inspired us so much. It’s a poster that really captures the carefree spirit of California surf culture – the sugary, fluorescent sunset, the wide open skies, the sense of adventure and the feeling that summer never has to end – in a modern way.

And it’s not just an inspiring design, but also a very successful piece of marketing: “Endless Summer” was made for $50,000 and brought in more than $20 million. Following this, Van Hamersveld began working as an art director for Capitol Records in Hollywood; the same label that put out the beautiful “Frank Sinatra Conducts Tone Poems of Colour” (1956), which we discussed in our previous blog post on Saul Bass . It was here that Van Hamersveld would make some of the most iconic artworks of the 1960s: from his posters for the Jimi Hendrix Experience’s February 10, 1968 show at the Shrine Auditorium, in which the guitarist’s famous Afro dissolves into acid squiggles, to the poster designed to commemorate Eric Clapton's 2011 tour of Japan with Steve Winwood. 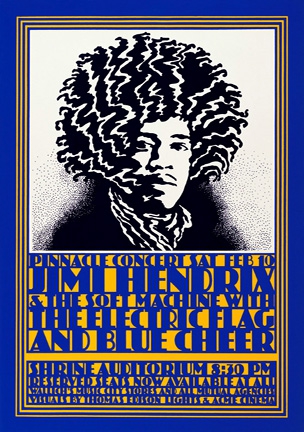 Poster for Jimi Hendrix at the Shrine Auditorium 1968

John Van Hamersveld’s pieces shout out loud, and this is why we love him and continue to be inspired by him in our own design work. “Things are formed in this sort of tension, which is really what creativity is,” he once explained. “It’s two oddities coming together and becoming a new thing.” Follow us on Facebook , Twitter and LinkedIn to keep up to date with this design series... 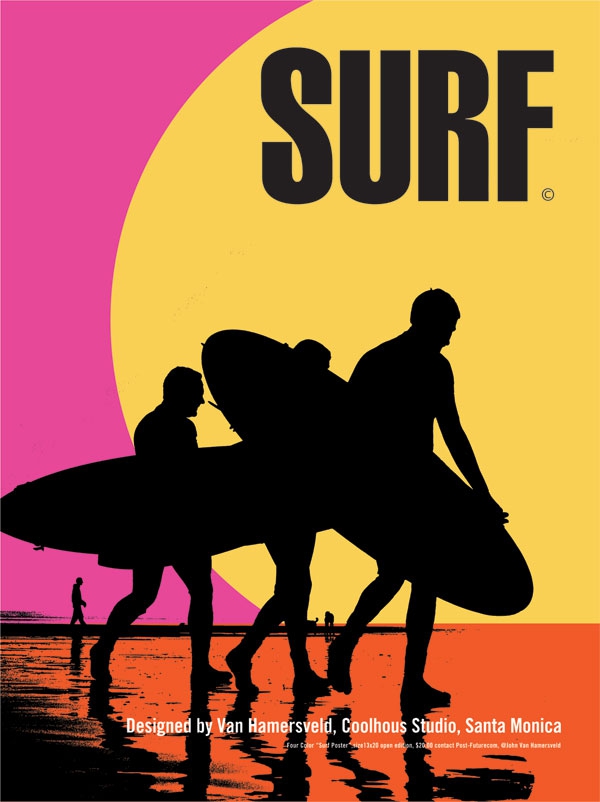 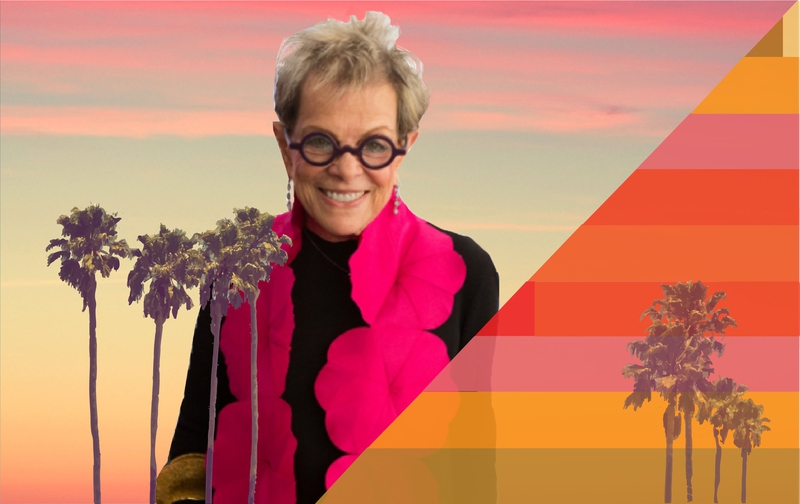 Industry Trends
Happiness In The Workspace Makes You 12% More Productive