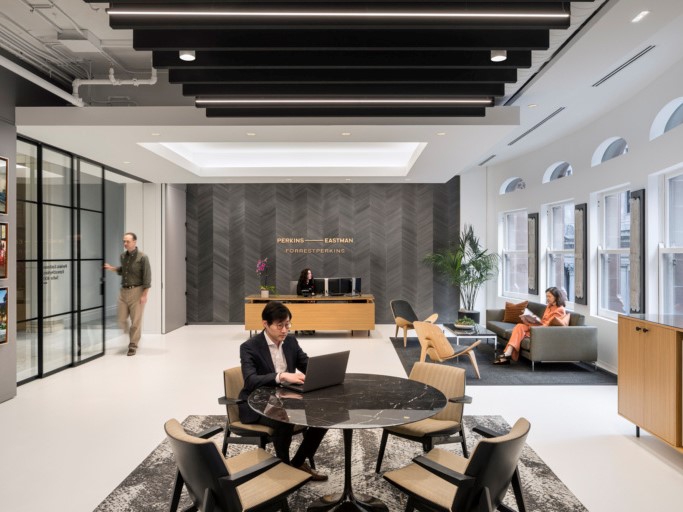 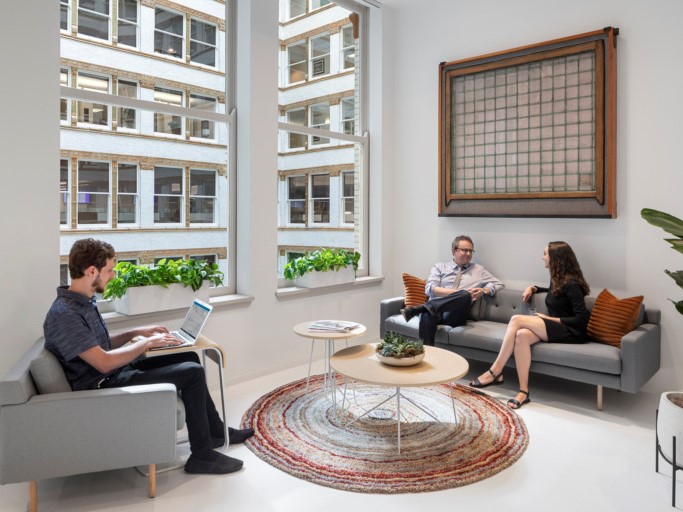 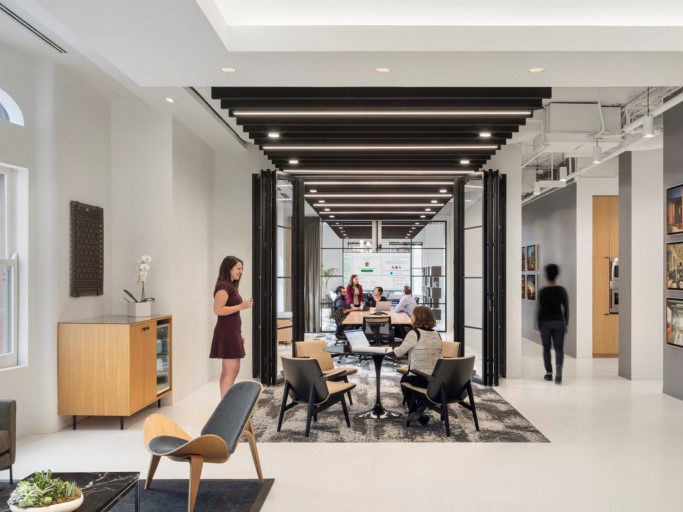 The Rookery holds special significance for Perkins Eastman chairman Bradford Perkins, FAIA, as his grandfather, Dwight Perkins, FAIA, started his career in the same building back in 1886 after graduating and teaching at M.I.T. More than a century later, the firm co-founded by Dwight’s grandson is now settled on the fourth floor of the landmark building. 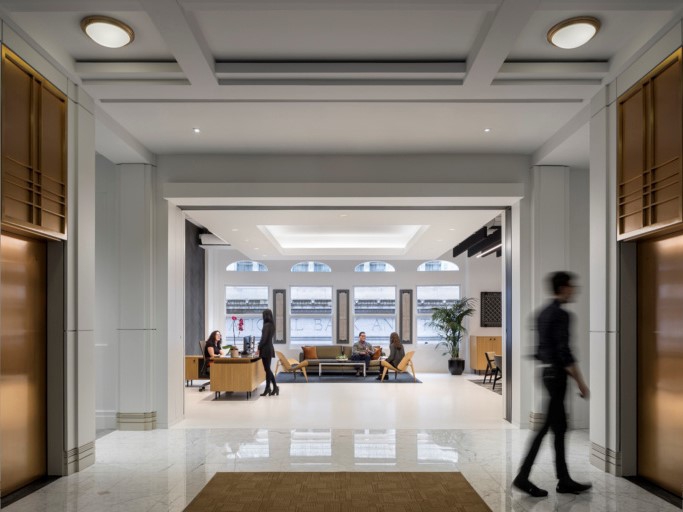 Calacatta Gold marble in the elevator lobby flows seamlessly into epoxy floors in the reception area and a stunning 16-foot telescoping door welcomes employees and visitors alike into the 12,430 sf studio space. Natural light permeates the office via an ethereal indoor light court from the first floor atrium, 12’8” exposed ceilings, and wide, large windows. Historic artifacts from the original building accent the space as reminders of its roots, including an elevator gate designed by Frank Lloyd Wright, pilasters, a stair landing grate, a vault door, and a window from the 11th floor office (which belonged to the building’s designers, Daniel Burnham and John Root). 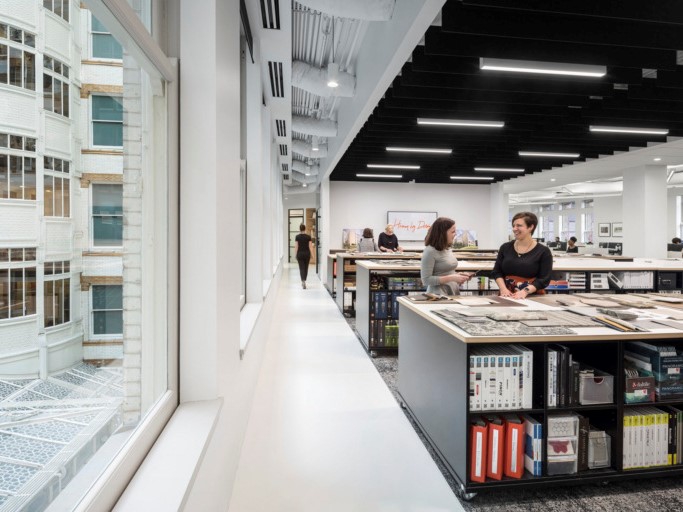 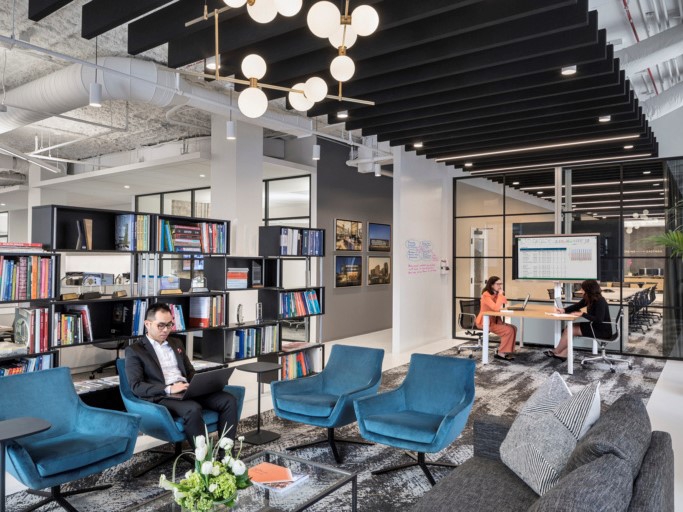 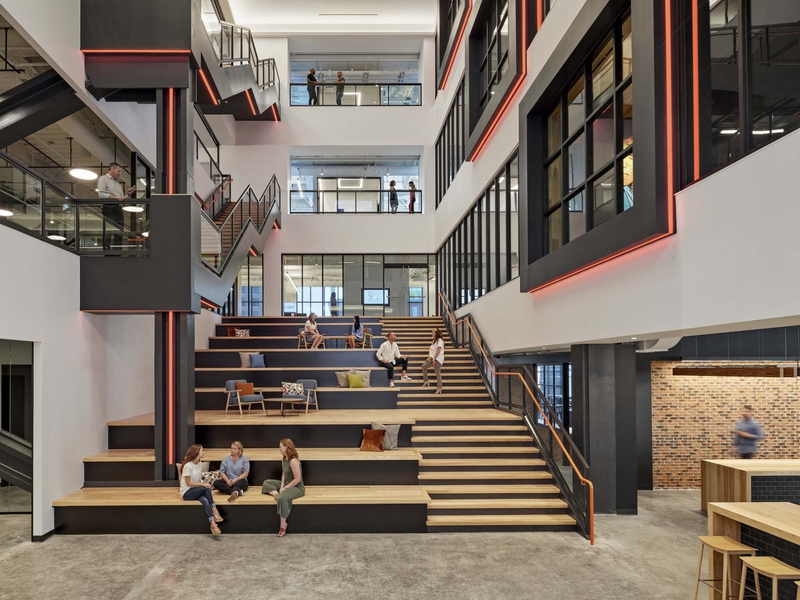 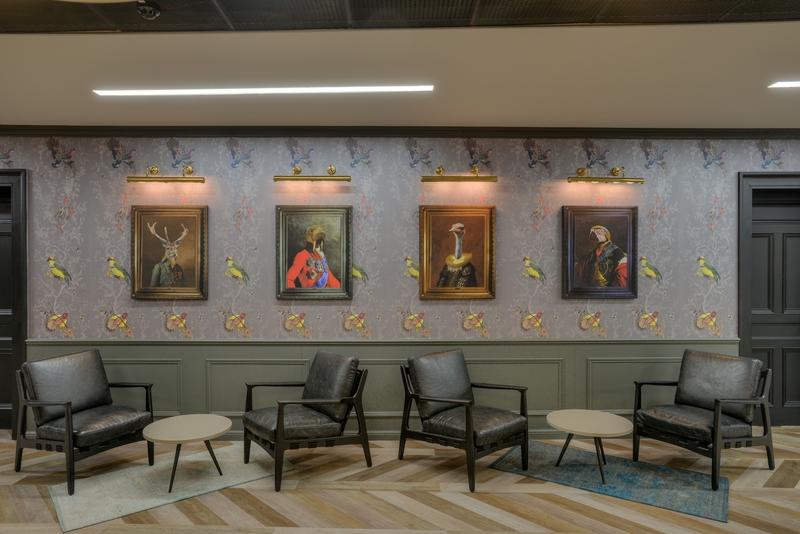 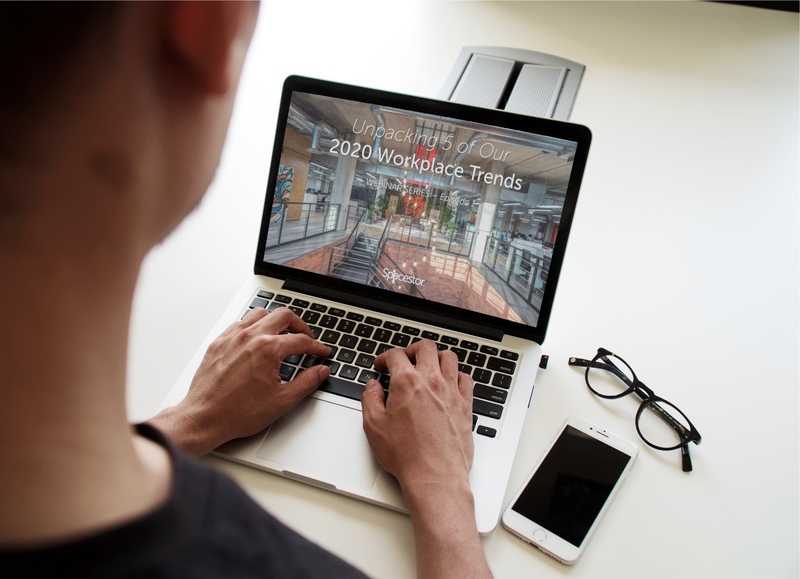