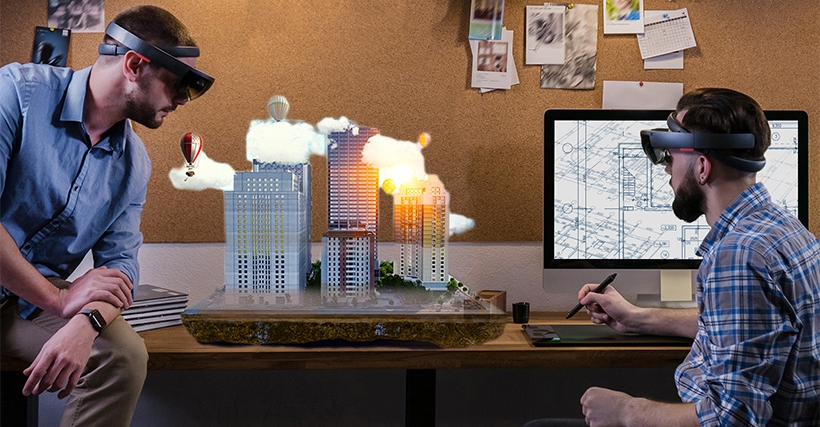 Welcome to Mixed Reality
Creating a more valuable experience for all involved, mixed reality will allow you to move seamlessly between the real and virtual worlds, both as separate destinations and simultaneously, revolutionising the way we communicate in the workplace.
Industry Trends

Continuing our series of blogs exploring the top 8 workplace trends for 2018, here’s our look at mixed reality and the brand new technology making it possible.

What is Mixed Reality?

“Mixed reality” means the blending of the real world with computer-generated imagery. This blending mostly takes place using dedicated technologies such as mixed-reality headsets – but it can also happen using something as simple as an app on your phone. As such, mixed reality is likely to become an important new component of the “digital workspaces” we discussed recently, and a good way of connecting the different parts of these workspaces. In the very near future, employees will be able to work in a mixed reality that brings together hardware, software and cloud services. 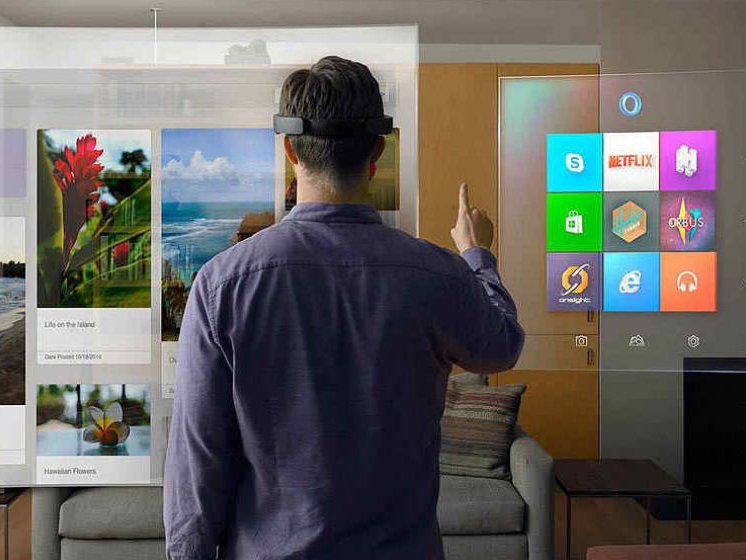 The most important mixed-reality hardware on the market now is Microsoft’s new HoloLens headset, which is specifically designed for use in offices and classrooms: it allows HoloLens-wearers to see, and to manipulate, 3D holograms projected within the lens. But because these lenses are transparent, wearers will also remain present and engaged with the real world around them – that’s how mixed reality works.

Microsoft has identified two types of jobs that should particularly benefit:

“Mixed reality,” says Microsoft, “has the potential to help customers and businesses across the globe do things that until now, have never been possible. Mixed reality experiences will help businesses and their employees complete crucial tasks faster, safer, more efficiently, and create new ways to connect to customers and partners.” It may look and sound like the stuff of science fiction – but it’s happening right now. 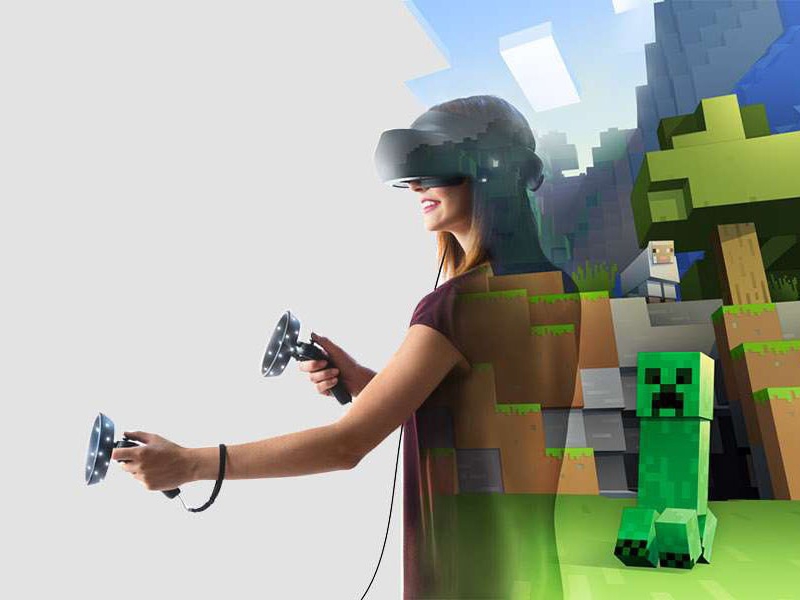 How We’ll Work in Mixed Reality

Mixed reality technology – like most great technologies – is going to bring about great changes in how we communicate with one another. For instance, it’s now possible to have meetings in virtual conference rooms with colleagues from all around the world. Likewise, the use of 3D holograms will allow staff to see, and discuss, and transform, all kinds of objects and places without

needing to visit them in the real world. Right now we like to communicate with words, photos and videos; but very soon we’ll be able to communicate by sharing experiences. The collaborative and creative possibilities really will be endless.

Furthermore, not only will employees be able to move seamlessly between the real and virtual worlds – they’ll also be able to access both simultaneously, allowing for multi-tasking like never before. For instance, an employee could be speaking face-to-face with a customer while looking up their query in the HoloLens. The goal of mixed reality is not to create a more immersive experience for its users, but rather to create a more valuable experience for all involved. 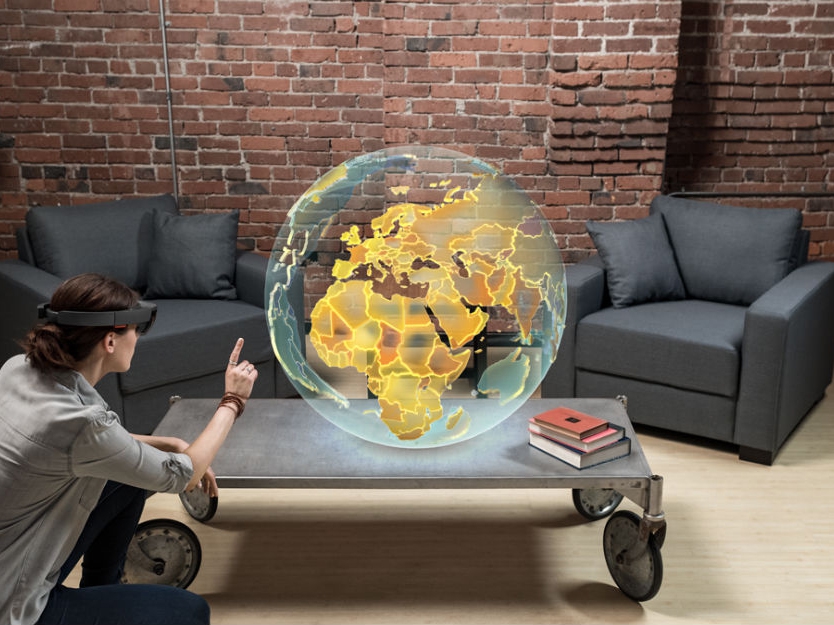 Here at Spacestor we’re great believers in flexible, agile workplaces, and now they’re about to grow more agile than ever. Soon, all an employee might need to do to enter their dream office is slip on a HoloLens. We’re not completely there yet in terms of the technology, but this is just the beginning – and the beginning is where the most forward-thinking companies like to get involved. 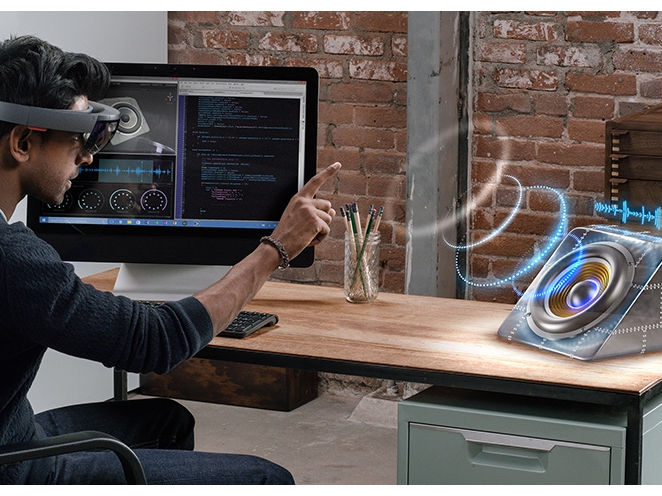 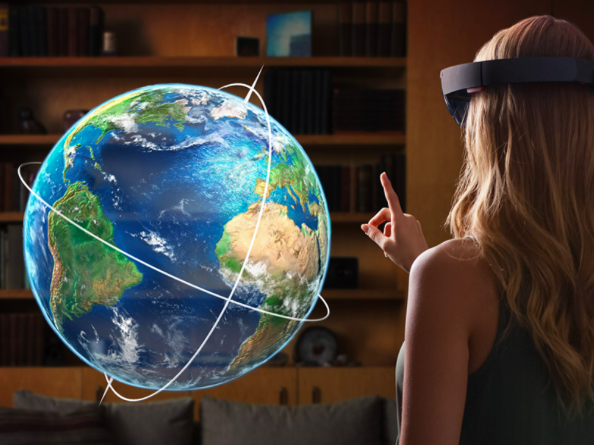 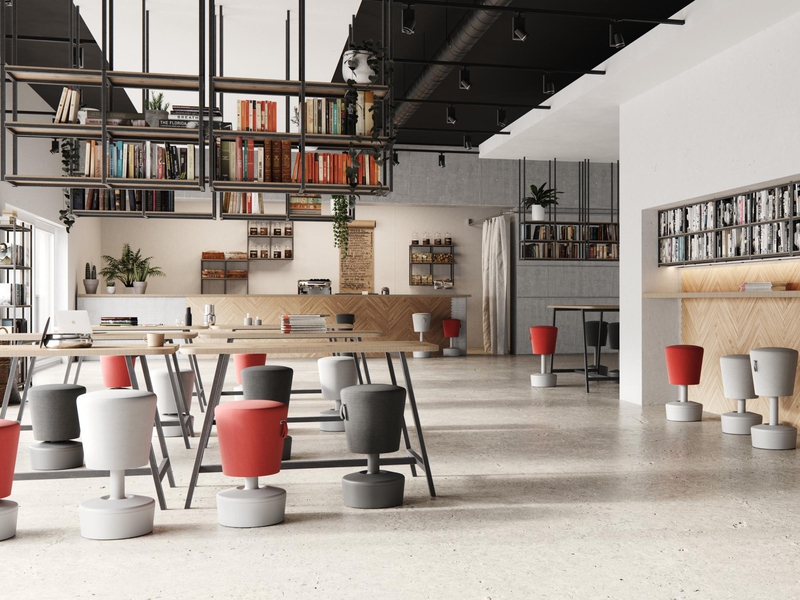